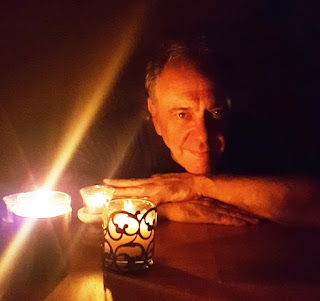 How did the band come together? For example, Lisa Box is a heavy metal singer. How did it occur to you that Lisa could cross over genres to become the perfect voice of Radiance?

I used to be lead guitarist in a UK based band by the name of Breathing Space. This was a band that was formed out of a fairly well established UK progressive rock outfit called Mostly Autumn by their keyboard player (Iain Jennings) and backing vocalist (Olivia Sparnenn). I recorded one album with them, but the band then folded. I had written some new material for the second album, but when Breathing Space split I decided to record a solo album. 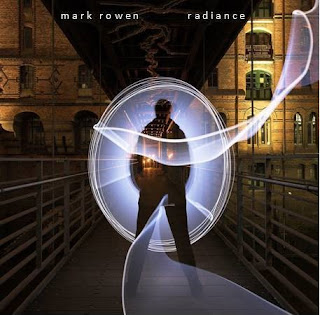 I recruited some of my former Breathing Space bandmates, Barry Cassells (drums) and Paul Teasdale (bass), but finding a singer and keyboard player proved rather more difficult. I scoured the classifieds for a keyboard player and could not find one available in my local area. I looked a little further afield and came across an ad by a guy named Leigh Perkins. I sent him a song that needed some keyboards, telling him to record something if and only if the music really appealed to him. He promptly came back with 7 different keyboard parts!

Finding Lisa was another tall tale. I wanted a female singer, but once again it proved to be difficult. I scoured the ads and did the YouTube hunt. Suddenly, out of nowhere, Lisa appeared like a YouTube epiphany. her voice sounded great, she looked great and was really belting songs out. It was unquestionably heavy rock but there was more in her voice than that, I was sure of it. I purposely sent her an acoustic song, one guitar that needed one voice. She came back with the vocals to a song I composed called On The Blue Horizon. That very vocal is on the CD. I knew it couldn’t be bettered, so it was a keeper.

There is a resurgence and well-deserved attention to progressive music amongst both old and new music enthusiasts. This is fantastic news because it celebrates the talent of musicians who work hard on their craft. Compared to a lot of today’s new music where loops and beats and sequences may be overused and over produced, it is quite refreshing to hear an album like Radiance setting an example for aspiring musicians. Tell us how you used Mixcraft 8 in the recording, editing and mixing process.

When I got the idea to start the album I had no experience with DAWs. I considered purchasing an 8/12/16 track recorder, knowing full well that I would be putting myself at a disadvantage against those who can use DAWs. I spent an afternoon with a musician buddy of mine who used one of your competitors DAWs. He tried his best to teach me how to use it, I could see his mouth moving but all I could hear was white noise! Nothing was going in. 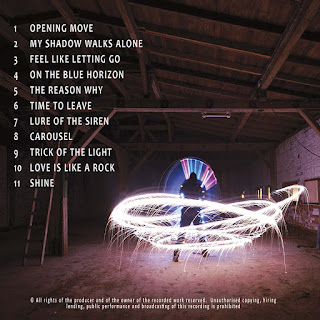 Cut to my day job when I visited a customer of mine who just so happens to manufacture a brand of effects pedal used by the likes of Dave Gilmour, Steve Rothery, Paul Stacey, John Verity etc. I told him of my recent encounter at which point he said ‘have you heard of Mixcraft’? He showed me how easy it was to use so I bought it the next day.

So, very quickly I taught myself how to set up a simple drum track as a guide for our drummer. Using the virtual instrument pianos and synth presets that are included in Mixcraft was the biggest plus for me. Choosing from a myriad of sounds, I would spend hours keying in every note of a keyboard part using either the ‘score’ or the ‘piano’ facility. Hammond sounds, piano sounds, synths, strings. There is one instrumental section of a song entitled Love Is Like A Rock that is rich in orchestral sounds, strings, cellos, piano, a trombone. Boy did I have fun with that, and it ended up sounding fantastic – exactly how I had it in my head.

For the acoustic guitars I used a Babicz Spider with a touch of the Acoustica Pro Studio Reverb plug-in. For the electrics I used Guitar Rig 5 and enhanced the sound by using the Acoustica effects in Mixcraft because I found them more usable, especially the compressors, reverbs and delays. 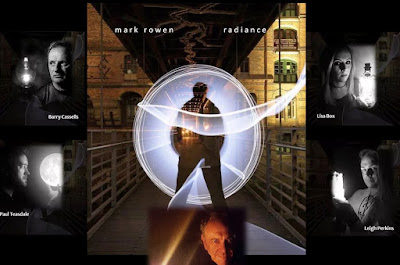 Production and mixing wise, I had a great deal of help from our bass player Paul Teasdale. Paul had enormous input into the production, engineering and mixing of the album. Songwriting and musicians performances aside, the album really is, for me, a kind of celebration of what Mixcraft is capable of for the amateur and professional musician alike. Hand on heart I can honestly say that this piece of work would not exist without Mixcraft, and for that I am eternally grateful.

Editor’s note: We are grateful that you used Mixcraft! We totally recommend checking out “Radiance”.  To hear and see more from Mark Rowen:
Mark Rowen / Facebook / Bandcamp / YouTube

To take a closer look at Mixcraft 8, visit www.acoustica.com for more details or download a free trial. Thank you for visiting Anthony’s Home Studio.
at October 24, 2018