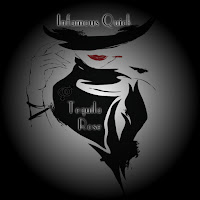 Mixcraft Featured Artist of the Month, Infamous Quick, is as versatile as any band around! This 6-member rock band out of Flint, Michigan is a multi-talented, experienced outfit that can bring it live on stage or in the studio. Recently signed to a digital distribution deal with Sony, Infamous Quick’s debut album “Tequila Rose” is a testament to great songwriting, musical chemistry, dedication and meticulous production. We sat down with bandmember / producer Eric VanLandingham. In this interview, Eric gives us an inside look at the recording and mastering of Tequila Rose:

Eric, having performed and toured in bands for many years, how did it all start for you?

Myself, yeah I've been in bands and the music industry since I was a kid. I was in a metal power trio called Entice back in the 90's. A Metallica tribute band called Damage Inc. where I was the James figure, we toured for four years all over the country. I was also Dimebag Darrell's bassist for a guitar seminar in Detroit (man could that guy drink!).

For those who have not heard you play, I can attest that you are an absolutely incredible guitarist. Watch Eric's crazy talent here on this Beat It (Studio cover/Medley) Video.
How did you become so equally proficient as a producer?

Thanks Anthony, I appreciate that! I started on drums when I was a kid, went to bass from there and guitar was next. I'm extremely musically alert, meaning I cannot listen to anything without dissecting it and figuring out in my head how it's being done, instrument by instrument. I've always been like that, so it must be built in. 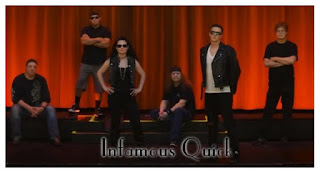 Please tell our readers about the band's song writing process:

Myself, Tim Beckett (guitar) and Dan Thorp (vocals) are natural writers, we came up with riffs at almost every rehearsal, very easily. Terri (vocal) was new to the band scene when we met, but once acclimated, soon joined in with writing. From there it was a matter of coming up with enough songs.


What DAW did you use to record "Tequila Rose"?

The technical end, well it couldn't have went as smoothly as it did without Mixcraft 8 Pro Studio. I know it from top to bottom and it simply works. Workflow is so productive with it because I never have to guess where anything is or keep messing with settings. Just open it and go.

During pre-production, the drummer and I would trade midi files back and forth over the net as he recorded using his large electronic kit. Once drums were completed and recorded, my bass parts were next which took no time at all since the studio is a whole 30 feet from my front door. Beyond that it was a matter of each member making trips to the studio each week to creatively and carefully record their respective parts.

Eric, for novices like me and some of our readers, can you run thru the basic steps and process you took to master Tequila Rose in Mixcraft 8 Pro Studio? 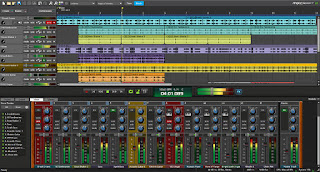 Starting the project: First I look up and down the track headers to familiarize myself with how it's laid out. Using descriptive titles when naming tracks for easy and fast navigation, I play the project to verify that the sounds on each track match the title. Being comfortable with what you are working on is a big part of the process. 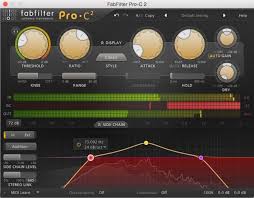 Drum tracks: At this point I listen to the entire project on a loop and start tweaking the more obvious things I want to change. Starting with drums, I create a drum submix track, place the track inside as a child track and put FabFilter Pro-C2, my favorite compressor, on the sub to level out the drums. I also put any other percussive tracks inside this submix.
Bass tracks: I used Studio Devil Virtual Bass Amp for effects, compression with Pro-C2. 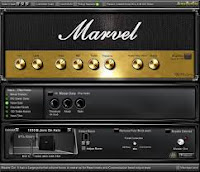 Guitar tracks: For distortion I used Shred Amp. I created a submix and put all guitar tracks inside, put an EQ on the sub and take out any low end from about 60hz on down. Guitars don't reproduce that low and if they do, it's probably a pick hitting a pickup or other unwanted noise. Next I removed redundant tracks. If there is the same guitar part recorded several times, I remove all but one and use a stereo spread effect instead. Now comes the Pro-C2 again. Lastly comes reverb and delay where needed. 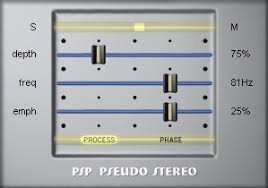 Vocal tracks: Here's the chain of effects used:
Melodyne - Allows me to easily fix and adjust any flat notes.
Equalizer - Remove anything from 120 on down.
De-esser - To take out harsh SSS and T sounds.
Compression - you guessed it, the Pro-C2.
Stereo spread - PSP Audioware PseudoStereo
Lastly comes reverb and delay where needed. 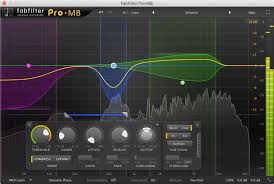 It should be noted that Fab Filter and PSP Audioware plug-ins do NOT come bundled in Mixcraft 8.

Who are the members of the band and tell us a little about them?

Tim Beckett - Guitar
Tim and I have been friends for a very long time and have always jammed well together. He writes as easily as I do, so we're always coming up with stuff together. If you check the song on the album called "Today, Tomorrow and Always", he wrote that for his two daughters. He also wrote a lot of the lyrics on the album.

Brad Krug - Guitar
Brad was a guitarist for a popular Detroit band called "The Greg Stryker Band" back in the 80's. He's not only a great guitarist but he's probably the best live sound engineer I've ever met. He and I met back in 2000 when the band he was running sound for was playing my bar. I went up to him to complain about some low-end frequency that was humming. He said "I know, I hear it, workin' on it". So I knew he was a keeper if he was as OCD about little things like that as I was ;-).

Dan Thorp - Vocals
Dan is a pastor at a rock church in Michigan. I met him by going to my local rock church and getting to know the people there. He eventually asked me to come play with the church band a couple times and then from there we hit it off. About Dan, he sent in a demo recording to Stone Temple Pilots when they were looking for a new vocalist, and he got a call from the guitarist (Dean DeLeo) who flew Dan to L.A. for a tryout. Dan did not get the job but received another call from Dean after he returned home, to tell him that it was a very difficult decision and that Dan was in the top 3 out of over 5,000 entries! So we're quite proud of him for that.

Terri Tomlinson - Vocals
Terri was new to the band scene when we met. She used to work with Tim and always told him she could sing and if we ever wanted to try her out, she'd be into it. Terri came in one night and sat down with me and an acoustic guitar. After a couple songs, I was convinced and we hired her. She's got a super energetic personality for fronting a band too, she's a natural for sure.

Greg Diegel - Drums
Greg has been with the band for about a year. Terri had seen Greg play and mentioned him a few times to the rest of us. I contacted him and set up a jam session. He came and knew the songs we had asked him to learn, he was a hard hitter and a showman so he fit right in.

What is next up for Infamous Quick?

We have a slate of gigs lined up. We're hoping someone will want to buy a song or two for use in film or television. We'd take the occasional opening gig for nationals too if that comes up. That would depend on Sony though, if sales go well for the next quarter or two, they may hook us up with opening slots for nationals.

If you would like to take a closer look at Mixcraft 8, please visit www.acoustica.com for more details or download a free trial. Thank you for visiting Anthony’s Home Studio.
at August 28, 2018